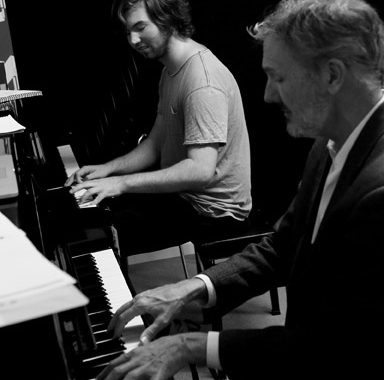 This is the second in a series of articles aimed at developing a better understanding of the nature of blues phraseology and its importance in jazz and bebop.

Part 2 demonstrates how blues phraseology can be utilised within jazz and bebop in the context of the “major ii-V-I”.

Part 3 demonstrates how blues phraseology can be utilised within jazz and bebop in the context of the “minor ii-V-i”, and as jazz language against the various secondary dominant chords that can appear in minor key harmony.

Caveat 1: Countless scholarly works exist that discuss the origins and cultural significance of the Blues and the Blues Scale, and these articles do not intend to add to them.

Caveat 2: The articles are not about the 12-bar form known as “the blues”. They are inspired by a definition of the blues given by Reggie Thomas during an Essentially Ellington workshop:

The blues is a way of articulating melody.

For the purposes of this discussion, the term “major key jazz” indicates harmonic structure wherein the minor 7th chords have a natural 5th (as opposed to the half-diminished chord), the dominant 7th chords are coloured with natural 9ths and 13ths, (as opposed to altered 9ths, sharpened 5ths and flattened 13ths) and chord I is major 7th. To facilitate this discussion, one
more distinction will be helpful.

To many students, the name Blues Scale describes the minor pentatonic scale with a flat 5, but to apply the language more broadly, it is very helpful to expand this idea to include both a major and a minor blues scale.

The notes that constitute C blues scale can also be thought of and used as an Eb major blues scale. The relationship is the same as that between relative major and minor keys.

Making this distinction allows us to match scale names to major key centres. For example, when we play a ii-V in the key of C, the C major blues scale is incredibly useful, but calling it the A minor blues scale would require unnecessary and confusing extra steps in the thought process.

With this established, we can now produce a simple recipe for incorporating blues language into jazz improvisation.

On the ii and V chords, use the major blues scale of the key of the ii-V-I (for instance, on Cm7-F7, use Bb major blues language).

On the I chord, use the major blues scale starting from the 5th degree of the chord (ie, on Bbmaj7, use F major blues language).

To demonstrate in context, the following is a simple example based on the A section of Afternoon In Paris (written by John Lewis for the Modern Jazz Quartet). It uses a single blues lick transposed through all of the appropriate keys.

If you play this with a play-along, (or with left hand voicings for piano players), you will hear how well the blues phrase addresses the flow of harmony. You can pick any common blues phrase and apply it in the same way. As you garner more familiarity, you will find you can string together different phrase in each bar to construct a convincing and realistic jazz solo.

In Part 3 of this series, we will examine the potential use of blues phraseology in minor key harmony. Stay tuned!

For more information about Steve Russell, you can visit his website here.  If you want to learn piano and more about blues phrasing from Steve, check out our Bachelor and Diploma music courses available in 2019!  You can get weekly lessons off Steve in these courses – information about how to apply is available here 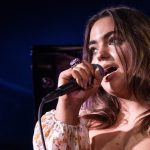 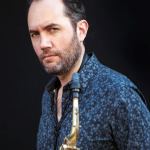 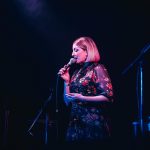 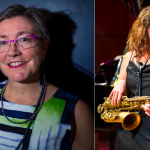 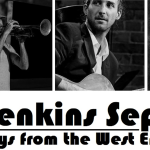 The Travis Jenkins Septet: Plays from the West End Songbook – 09/06/22 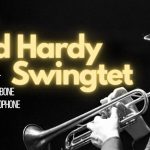 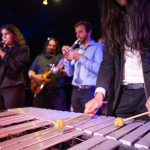